The Secret Sex Life Of Angels

There is a very interesting and challenging book about sexuality that is worth reading really for everyone on this planet! 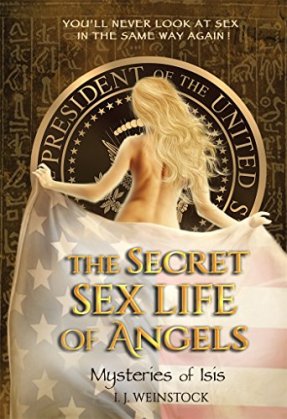 It is called The Secret Sex Life Of Angels and you can find it here on amazon: https://www.amazon.com/Secret-Sex-Life-Angels-Mysteries-ebook/dp/B01M1FP6ID/ref=sr_1_1?keywords=sex+life+of+angels&qid=1550426616&s=gateway&sr=8-1

“Finally”, Adam thought. “So what the fuck is it? According to you I haven’t got a clue.”

“The more familiar something is,” Merlin replied, “the more it remains a mystery. Nothing preoccupies us more than sex, yet we understand it the least. Our fascination is endless. Sex is the most searched word on the internet. We’re obsessed with it.”

Adam joined in. “It makes the world go around.”

“That’s right. Not money. Sex! In France there are prehistoric caves that contain 15,000-year-old wall painting of male and female genitals, as well as couples making love. Why do the first images made by human depict sex?”

Merlin shook his head disapprovingly. “I want to show you something. Close your eyes.”

“It’s not just you.  Everyone’s been sexually lobotomized! Unplugged! De-activated!” Merlin went over the piano, sat down and played a few chords. “Like you, most people think they’re sexually liberated. The question is compared to what? During the Victorian era, they covered the legs of a piano because they were considered too sexually suggestive for polite society. Those people thought they were sexually liberated, too!”

As Merlin played some R&B chords, Adam joined him at the piano. Merlin launched into a few bars of an old blues song and began to sing, “Every woman has the Jordan River between her legs. And every man wants to be baptized.”

Merlin stopped playing. “We live in a sex-drenched, sex-obsessed society. And yes we’re freer to express ourselves sexually. But that doesn’t mean we’re liberated.”

Seeing Adam’s confusion, he asked, “Why do you think the word fuck-which means sexual intercourse-is the worst curse you can hurl at someone?”

“Everyone loves jokes about sex, but why are they called dirty? And why do all those dirty words get bleeped on TV?”

“About sex! Now if we’re so damned liberated, why is everything related to sex considered dirty and treated as if it’s garbage? As long as we call them dirty jokes and refer to them as dirty words, we’re expressing the way we really feel about sex… which is that we’re deeply ashamed of it. So if you have dirty words, dirty books, dirty jokes and dirty pictures, people don’t make love, they wind up doing the nasty!”

Adam walked over to a virtual window and looked at its view of snow-capped mountains, hoping to gain some perspective.

Merlin pressed his case. “How can something which makes even atheists cry out Oh God! Oh My God! be considered dirty? Yet, the explicit depiction of sex, which we call pornography, is considered by many to be one of the greatest threats to decency, morality and, in fact, a danger of civilization itself.”

“What about the children?” Merlin echoed, savoring the question. “We’re teaching them how we really feel about sex. And that’s shame.”

“We can tell our children how beautiful sex can be all we want, but our actions speak louder than our words.”

Merlin seemed invigorated by Adam’s objection. “Sexual images are controlled like nothing else. They’re rated, censored, prohibited and criminalized as indecent and obscene. Yet, our so-called decent society has no qualms about portraying the most heinous cruelties one human being can inflict upon another, and broadcasting them continually into our homes to our children without any restriction. Think about it- the images of a woman’s breast or a man’s penis are considered so immoral, so dangerous, so threatening to the fabric of our society that they have to be controlled. What does that say about our true feelings towards sex?” Merlin paused to let the question sink in. “Why is it that murder and mayhem can be viewed everywhere without restriction, but images of our genitals are strictly forbidden? Don’t you see the hypocrisy?”

“We’re so damn blind to our hypocrisy, we’re not even aware of it. Images of guns and knives , all the instruments of destruction, are everywhere, which tells our children that we approve of them. But God forbid they be exposed to images of our genitals-the instruments of creation. Most TV networks refuse to carry sexually explicit content, yet their schedules are filled with shows that are brutal and violent. So what we’re really teaching our children is how to betray, brutalize, and murder one another. But not how to master their innate sexuality so they can physically love one another. Why? Because the awful truth is that deep down what we really carry between our legs is our secret shame.”

Adam sat brooding. No matter how much he wanted to deny Merlin’s logic, he couldn’t.

“Now do you understand why our so-called ‘sexual liberation’ is a pretense, an illusion, a lie.” Merlin’s tone had softened. “Our society is profoundly conflicted about sex. We’re riddled with shame, fear and ignorance. Don’t be fooled by our sex-obsessed culture, Mr. President. We’re not liberated. We’re just freer to express our sexual dysfunction.”

Merlin stood. “I think that’s enough for tonight. Unless you have any questions.”

Glad for the reprieve, Adam rose to his feet. He had lots of questions but not for tonight. “You’ve given me a lot to think about.”

At the door, Merlin had one more thing to say.

“Not so long ago we thought the world was flat and that the sun revolved around the earth. And we based our lives and whole societies on those beliefs. I promise you, Mr. President, that one day soon you will look back at your current beliefs about sex and consider the as ridiculous as the belief in a flat earth.”

They walked in silence through the old brick tunnel, past the storeroom, finally at the secret elevator beneath the White House. Merlin turned to the President. “I heard a great joke the other day. Would you like to hear it?”

“Not if it’s dirty,” Adam replied with mock indignation.

“Well, there was this order of monks in a remote monastery who copied important church documents by hand. Year after year they copied from copies. Over and over. Century after century. Then one day a particularly conscientious monk questioned his superior about it and asked, ‘Wouldn’t it be wiser to copy from the original rather than from a  copy? After some thought, the superior said, ‘Our order has been doing this for hundreds of years, but you may have a point. Go to the archives and examine the originals to make sure they’re accurate.’ So the monk went down into the archives and didn’t return for days. Finally, another monk was sent to look for him. He found the first monk weeping inconsolably. When he asked him what was wrong, the first monk sobbed, “The word isn’t celibate, it’s celebrate!”

Adam laughed. So the old guy tells jokes, too.

“What a difference a couple of letters can make,” Merlin said.

Adam was stunned. Sacred. Scared. This was where he came in.

Adam stepped into the elevator and turned to say goodbye. “This wasn’t at all what I expected.”

Merlin smiled. “And it never will be.” 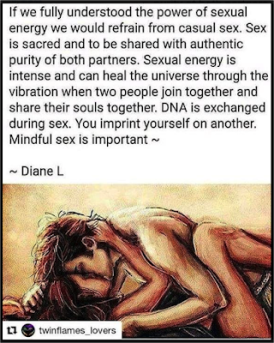 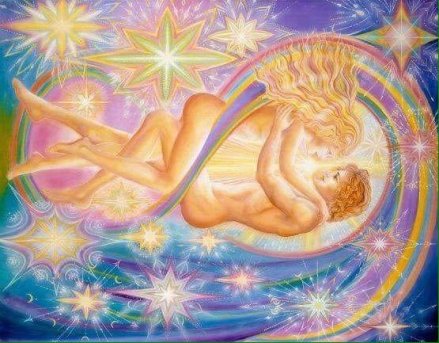 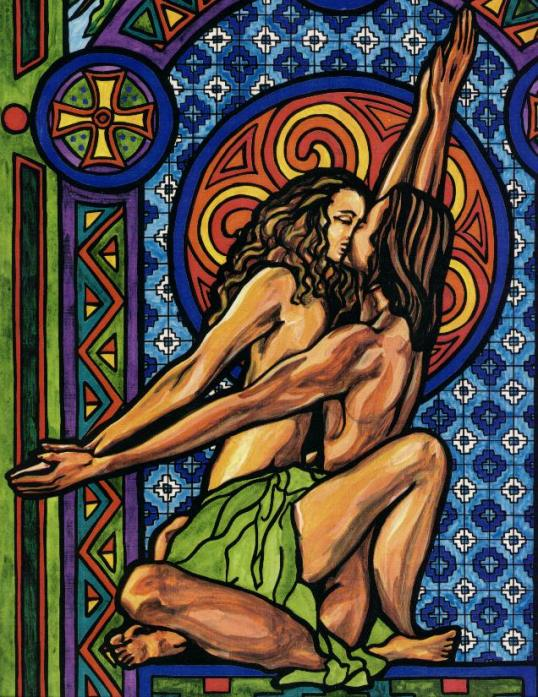 So that’s it, I hope it aroused some interest. I really am looking forward to the second book. Let’s break down the ignorance and prejudices and taboos.