The Game – Theory and Reality

Back in the old days, the priestesses were considered sacred beings. Even when different races would conquer the lands they were living, their temples were kept intact. They were not touched, because there was a common understanding that they were not a threat to anyone, on the contrary, their existence was considered a blessing for the surface. That was a universal rule. But later things changed, they became known as sacred prostitutes, then became witches, and they were burned and killed. Their suffering had a direct effect on the surface. This was due to their connection to Gaia. When they suffered, Gaia suffered, when Gaia suffered, whole humanity suffered with her.

WHAT the priestesses watched over millennia and saw playing out on this planet has been all about THE GAME. They anchored the anti-thesis of the game – the wisdom of the divine feminine. This was meant to help decrease the pain, and their efforts prevented the self destruction of this race, at least until now.

THE GAME represents the overall strategy of the Matrix Control System (MCS) to consistently create new mechanisms of control which allow a very small group of elites to effectively enslave the rest of humanity. These mechanisms can be viewed as smaller ‘games’ within THE GAME… this is because they emphasize behavioral patterns which keep the masses competing against each other to create a subtle but effective prison system where every person (me) is a prisoner and every other person is a prison guard (them).

Simply, humans are trained and programmed to consistently make free will decisions on the individual level which allow THE GAME to continue on the macro level.

To program humans behaviorally, new ‘games’ need to be created continually, or existing games need to be reinvented to appeal to new generations, new circumstances, or simply to keep people engaged and motivated to be ‘winners’ in each new game.

The above are all examples of games given to the human masses with the occult goal of perpetuating THE GAME for the MCS. But these games all needed to be delivered to target populations in the most effective manner possible.

For this reason, the MCS would identify, mentor, and sponsor the ‘rise to greatness’ of individuals or small groups of ‘persons with potential’. These people are called ‘masterminds’, but do not confuse them with the controllers… they are merely tools to continue THE GAME.

At every stage, different belief systems, ‘inventions’, institutions, etc. were introduced and implemented by masterminds.

In a computer-simulated environment, we can refer to these people as the ones that implement the main branches of the reality algorithm. These people come into the reality and they contain the largest memory structures downloaded to them. Various “Messiahs”, Hitler, political leaders that left impact on society, ideological philosophers like Karl Marx, people involved with the creation of the Vatican, etc. can all be considered such people.

The main idea is this, a new game is designed and uploaded into the memory structure of the game leader. These people come out and introduce the rules. Sometimes the rules are given immediately as in the religious context, while sometimes rules evolve over time. Along with these people, some people are programmed to be the first followers. Over time the numbers of followers increase and the 100th monkey threshold (aka ‘critical mass’) is reached, and the newly designed game theory becomes a belief system. After the threshold is reached, the collective impact is seen in the bigger picture.

Sometimes we see the competition between the same category games against each other in history. Once games become part of the collective consciousness, same category games have big potential to create wars. Like the religion wars, wars between countries over mineral resources, etc.

From the creator of the game perspective, the whole process is very enjoyable to watch. If you are a farmer, it is like you have seeded your crops and now you sit down and watch them grow. In modern times, how each game plays out is heavily studied and then this information is utilized within complex simulations to design new games or to reinvent old ones which can be provided to humanity via future masterminds to maintain THE GAME. One critical historical example from the 1990’s is how the Project for a New American Century (see link below) was used for the purpose of dictating ‘American’ political, economic & military policy for the coming decades.

So, what we are trying to say here is this; everything we lived can be modeled mathematically. This is why The Architect figure introduced in the 2nd part of The Matrix Trilogy focuses on the ‘harmony of mathematical precision’. We kept being introduced to new or revised games that eventually became our belief systems. We were hypnotized playing these games so much that, we couldn’t even see the patterns until early-to-mid 20th century. It is only since then that science & mathematics began to develop tools to identify these patterns theoretically. And this was the dawn of Game Theory:

If we leave the theory alone and look at the practical applications in our reality, the biggest ‘game’ of them all which perpetuates THE GAME on this planet is politics – both within nations as well as international. The idea that the political system – i.e. ‘the government’ – is an essential aspect of human life necessary for law and order is critical to control of the masses.

Politics is THE GAME theory put into practice.

Sometimes the game is very real and affects much of the world’s territory and population:

Sometimes it is literally presented as ‘fun & games’:

As long as most aspects of daily human life are presented in some form as a ‘game’, the control matrix continues. However, at times we see people coming out and telling their perspectives which is taken as threat to the GAME. When these people come, they usually share the same destiny:

They are burned at stake, go through inquisition, or are killed. This is how many scientists, talented people, and healers lost their lives:

Galileo was one of these people – he was sentenced to house arrest for similar reasons:

What makes him special in modern times is that the middle finger of his right hand is displayed at a museum… right next to the telescope he invented. 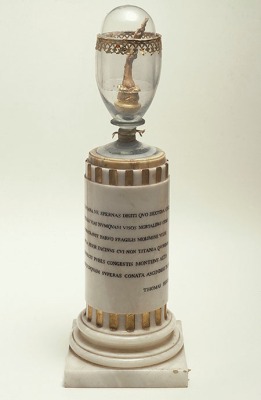 It is like he is giving THE GAME a message and leaving a lesson for us: A call for awakening, so that we finally understand.

In light of this information, what do we do next? This is the most important question each of us needs to consider. We now know about THE GAME, and how continuously new games are created to enslave us or distract us. Now that we know the truth about the GAME, we should collectively be able to stop it or make a better GAME… or perhaps we would simply become the masterminds of our own games.

If you ask us, we suggest that we stop this game and see what waits us in the stillness where THE GAME does not exist. To stop it, we need to release all negative emotions and desires for control and power over others. This means we have to stop hating, we have to stop competing, stop wanting to prove ourselves right (and by definition, others wrong), to stop hiding our truth, and to stop hanging on to sadness. This is the alchemical rule for stopping this game. We do not need to be ‘all love and light’, we just need to detach and feel neutral. This is enough to stop THE GAME.

…when enough of us realize that this reality is simply many smaller games hiding a much bigger game where the goal is to maintain control over the human population, THE GAME will end.

This is the realization of ‘us’ – when all of humanity fully awakens to the greater truth of being part of a much bigger whole.

We are not separate, we are not divided into sub-populations of ‘awake’ vs. ‘asleep’… we are all partially awake and partially asleep as individuals, for we all need to acknowledge our role in the mandala of the human family. At that moment we can choose to stop THE GAME and plot a new reality… some may wish to continue playing a game of separateness, but some may wish to evolve past duality and experience true unity consciousness.

Once we have individually chosen to acknowledge and respect the free will of every sentient being, we will reach a critical point in our evolution: paradoxically we will be able to exercise our free will and become the authors of our own destiny. Right now, we are literally just characters in a simulation – acting out predetermined roles based upon a limited number of archetypal personalities and restricted outcomes (i.e. we are born, live, and die as human beings who are competing against each other in various ‘games’).

In a truly infinite reality, there are an infinite number of outcomes. Each sentient being can choose the outcome they desire and manifest it according to their free will – without violating the free will of others. The true Master of ‘Mind’ realizes the sacredness of each other creator being and acts accordingly by respecting others’ free will.

A being who reaches this level of consciousness has become a ‘mastermind’ on a universal level.

At this point, one is living in harmony with The One. When various humans on Earth begin to attain this level of consciousness, it is then that the Priestesses of Gaia will have completed their mission – humanity will be brought back into harmony with each other and with the universe.

And finally at that point, the alchemical transformation will be complete for this level.